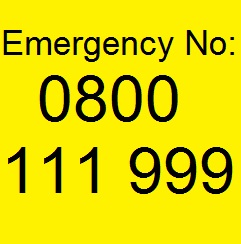 So you’ve been down to your local DIY store and splashed out to keep you and your family safe. Your new CO alarm is sat in its packaging, with the fixings ready, waiting to be put up. It’s an audible one, so it’ll wake you up if there is a CO escape at night. It complies with British Standard EN 50291 and carries either a British or European approval mark such as the Kitemark. The battery will last for the lifetime of the alarm – 7 to 10 years depending on make and model – or it will let you know if you have to change the battery. You’ve got one for every fuel burning appliance in your property, and extra ones for your bedrooms, ready to put up. But, where exactly?

Well, if you’ve got a portable one, the best thing to do is keep moving that into the rooms that you are using most often. Put it on the kitchen counter if you’re cooking on gas, put it on your bedside cabinet when you go to sleep. Keep it a little higher than your average coffee table if you’re looking to keep it in the living room – dining room table height should do it.

For fixed alarms in rooms with appliances in them, the golden rule is between 1 and 3 meters away from the device. Any closer and you may end up with false readings, any further away and the alarm may not detect efficiently. If you’re having it installed at the same time as your boiler by the boiler installer, he or she should make sure it’s placed correctly for you, but it’s always good to know yourself as well.

If you’ve got a ceiling mounted one, this goes in a room with an appliance in it. It should be at least 300mm away from walls, and 300mm away from light fittings for optimum readings. If there’s a partition wall in the room that you’re installing in, the alarm should be on the same side of the partition as the appliance is.

If you’ve got a wall mounted one, they’re recommended for both the room where the appliance is and also rooms where no appliance is such as a bedroom. If the device is in the room, follow the golden rule, and also mount the alarm at least 150mm from the ceiling, and 300mm from a perpendicular wall. Follow the same rule for perpendicular walls if there is no device in the room you’re mounting the alarm in, but when measuring the height go with the breathing height of the occupants. So, if it’s your bedroom, it should be a head above bed height, as that’s where you’ll be breathing when you’re lying down!

A few don’ts for CO alarms:
• Don’t put the alarm in a cupboard – levels will be different here. If your appliance is in the cupboard with the alarm you may end up with a false positive, and if it’s boxed off away from the appliance it might not alert you in time
• Don’t put the alarm behind furniture – again, as the furniture blocks the alarm off from any potential CO, it could be slow to alert you
• Don’t put the alarm near an outside door, an openable window, an extractor fan or any other source of ventilation – you could have deadly levels of CO in the middle of the room, but the alarm wouldn’t pick it up because of sufficient ventilation in the space where it’s been mounted
• Don’t install in areas of high condensation – such as near a kettle or in a bathroom – this could cause damage to the alarm
• Don’t ignore the gas fire – it’s common for people to think about the boiler and not so much about the gas fire. It’s as much at risk of leaking CO as your boiler, get an alarm for that as well!
• Don’t skip your yearly service and gas safety check – an alarm will let you know if your appliance is producing CO, but with proper maintenance and checking, it shouldn’t be necessary. Keep it up to date!

If your alarm goes off, leave the area and open windows and doors or turn on extractor fans wherever you can without risking your health. Know the Gas Emergency Number: 0800 111 999, someone can investigate to find the source of the problem and disconnect the offending appliance until you can get a Gas Safe Registered Engineer to come and make everything safe or replace the appliance.

Do you need a CO alarm installing, or a yearly service? Have you had a CO issue that has been made safe and need a Gas Safe Registered Engineer to investigate, repair or replace the offending appliance? Call Primus Energy on (01695) 737328, call info@primusenergy.co.uk or fill in the contact form on the right and we’ll get back to you.